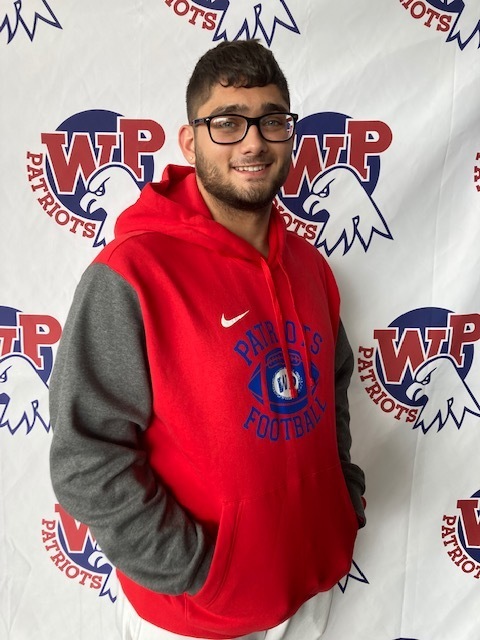 The Patriot senior was a three-year starter at linebacker, and he finished the 2021 season with 102 tackles, 12 tackles for loss and three sacks. Wheeling Park finished the season with a 4-5 record after making it into the playoffs, and Thomas said highlights of the season were victories over rival John Marshall and St. Clairsville.

Thomas said he was proud to represent Wheeling Park High School as an All-State athlete, and his Patriot teammates and coaches were a big part of his success. Wheeling Park Head football coach Chris Daugherty said Thomas is an intelligent football player with a high-energy approach to the game. He said Thomas is very deserving of the All-State recognition.

“He’s the brains on the field, and the quarterback of the defense,” Daugherty said. “He practices just like he plays, and that is with so much energy and excitement.”

Thomas is also an excellent student. He has a 4.2 GPA, and his favorite courses are in the sciences. He said he loves the academic opportunities made available to him at Wheeling Park High School.

“I love it here,” Thomas said. “They’ve set me up for my future. There are so many options. If you have any idea of what field you’re interested in, there are options for you. It’s excellent.”

Thomas said he plans to attend college, but he has not decided which higher-education institution he will attend. He said he has spoken with local colleges and universities, and he will likely continue to play football at the next level. Thomas said what he’s learned at Wheeling Park High School and what he’s accomplished there will benefit him at the collegiate level.

“I take my studies seriously, and it’s important to me,” Thomas said. “It’s paying off because the schools I’ve spoken to have told me that I can get scholarships because of my GPA.”