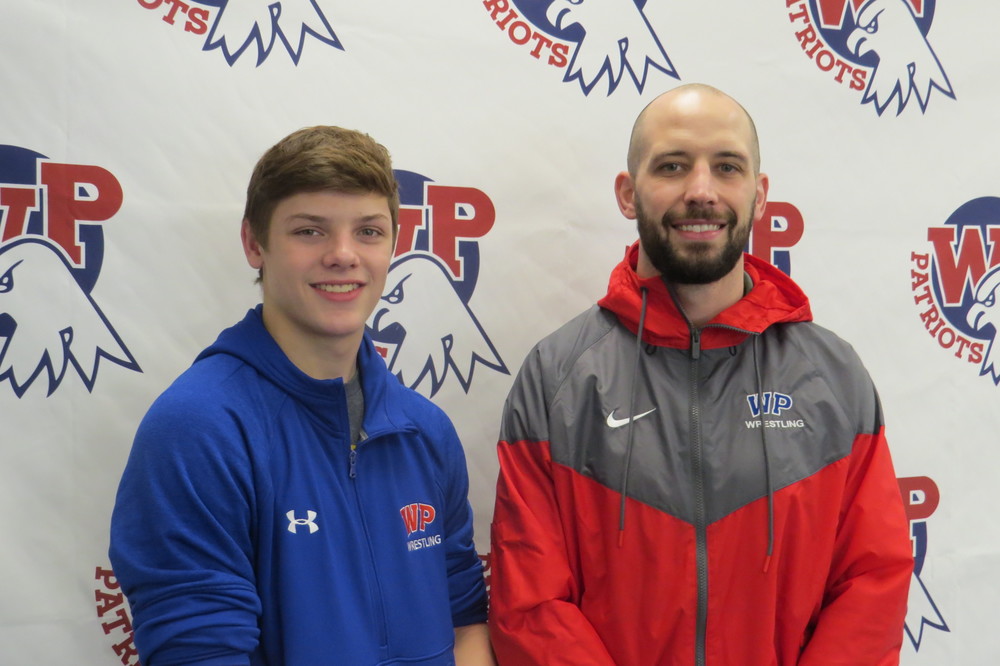 Wheeling Park wrestler Gabe Carman has a full head of steam entering the 68th Annual Ron Mauck OVAC Wrestling Tournament where the senior hopes to claim the championship in the 160-pound division.

Carman is having a sensational season for the Patriots with a record of 25-1. He is entering the OVAC tournament that begins Thursday as a second seed after defeating third seed Dakota Hagedorn, of University, earlier this season. Carman said he feels good about his chances in a showdown with first seed Logan Ours, of Beaver Local, and the possibility of bringing home an OVAC championship for the Patriots.

“Gabe is a hard-working student athlete,” he said. “There’s a great effort from him every day in the wrestling room, and he’s knocked off a lot of good wrestlers this year. He’s coming in with a lot of good momentum.”

Carman said he is inspired by his older brother, Anthony Carman, who is a wrestler at West Virginia University. In fact, Anthony Carman was named on Jan. 10 as WVU’s Student Athlete of the Week. In 2019, Anthony Carman won an OVAC championship in the 182-pound division as a student at John Marshall High School.

Carman and his younger brother, Adam, a sophomore, are teammates on the Wheeling Park wrestling team. Adam is also a member of the Patriots cheerleading team. Adam Carman entered Wheeling Park High School out of middle school. Carman spent his first two years at John Marshall before deciding he wanted to transfer to Wheeling Park

Due to the transfer, Carman was ineligible for athletics as a junior. He said that is another reason why his performance in this year’s OVAC tournament is important.

“It would mean so much (to win the OVAC tournament),” Carman said. “It would open up so many opportunities for college. I’m considering WVU and West Liberty University right now. I need it. didn’t wrestle last year. I’ve been dreaming about it since my brother won it his senior year.”

Because last year’s OVAC tournament was canceled due to COVID-19 concerns, Leggett believes there is increased anticipation for this year’s event. Both Legget and Carman believe Wheeling Park has an excellent chance of bringing home an OVAC team title.

“Our guys are ready to go,” Leggett said. “Because it was canceled last year, I think it has doubled the excitement. We’re healthy, and we’re happy to represent Wheeling Park High School.”

“We believe we can take a team title,” Carman added. “Wheeling Park, University or maybe Beaver Local, but we think we can win it.”