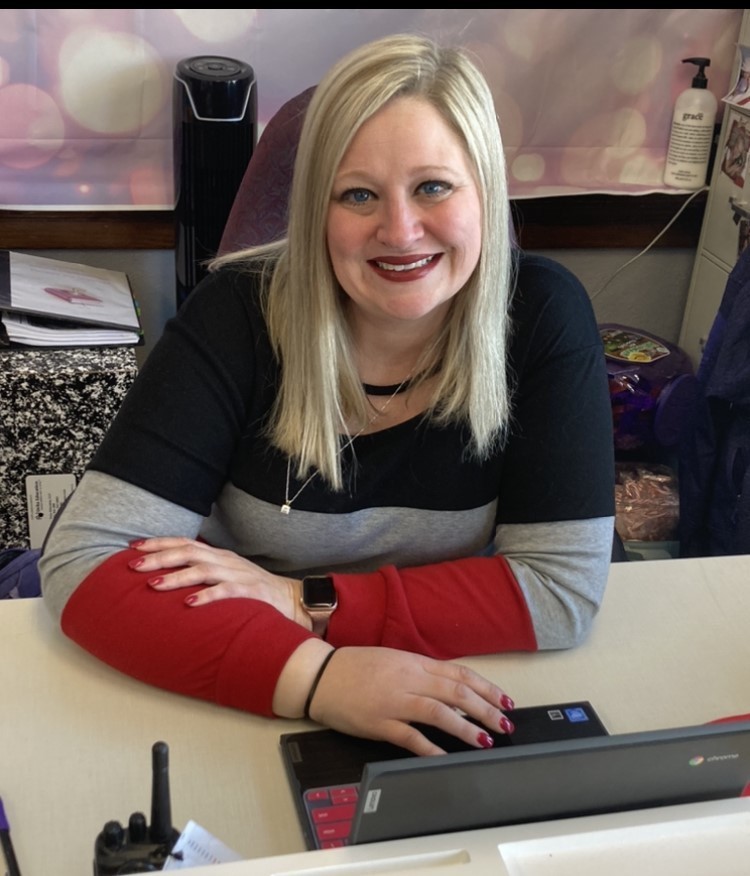 Bridge Street Middle School teacher Stephanie O’Donnell recently helped resuscitate an unconscious woman in a Wheeling parking lot, and she believes the training she received as an Ohio County Schools special education teacher prepared her to help save that woman’s life.

O’Donnell was taking her five-year-old son to a doctor’s appointment on Jan. 25 when she saw a man struggling to help a woman outside of a local healthcare facility. She went to them to see if she could assist, and she realized her help was certainly needed.

“A gentleman was with a woman who was on the ground in the parking lot,” O’Donnell said. “He gave me the phone after he called 911, so I could give dispatch our exact location.  While I was on the phone with dispatch,  he started CPR on the woman. He was having trouble so I took over. I noticed that her lips were so blue. I kept doing the chest compressions, and I could see the color start to come back to her lips. The nurses from the facility and the ambulance arrived at the same time, they took over, and they were able to revive her.”

O’Donnell became certified in CPR through courses made available through Ohio County Schools. She said her training prepared her for the situation she came upon on one week ago today. She said was quick to react, and she didn’t realize the weight of the situation until it was over.

“I’m so glad I had the training, and I’m glad I was there to be able to help,” O’Donnell said. “I went into the zone. I was calm, I was able to give the directions (to 911), and then I was able to do the chest compressions until they arrived. Afterward, it felt surreal. That’s when I became shaky. They give you trainings in this area, but you always hope that you never have to use them. However, when you are thrown into that kind of situation you do what you have to do.”

O’Donnell’s son, Carter, is a Transitional Kindergarten (T-K) student at Middle Creek Elementary School. O’Donnell said her son saw the entire scenario unfold, but he was not shaken by the event. O’Donnell also said she greatly appreciates the work of the paramedics who arrived at the scene.

“He’s fine,” she said of her son. “He saw what was happening, but I’m sure he’ll be OK… I respect what they (responders) do in the medical field. I could never imagine myself being in the medical field and doing what these professionals do every single day. I love my job and know that MY  place is in the classroom.”