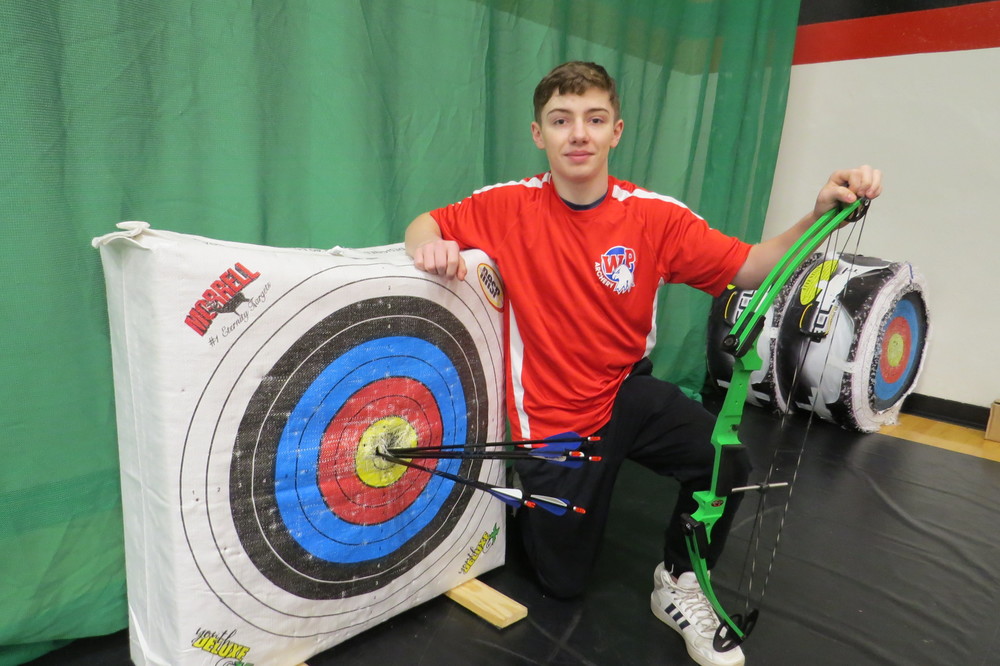 Ayden Cutlip recently established a first as a Wheeling Park High School archer, and he is now excited to  see how much he can accomplish at a sport in which he’s quickly excelled.

Cutlip became Wheeling Park High School’s first ever archery team member to place at the state level following his fifth-place finish on March 26 at the Charleston Civic Center. The Patriot sophomore will compete in May at the national event in Louisville, Ky.

Cutlip said he put on a solid performance at the state competition. He said he was  mentally strong during the event, and that resulted in his medal-winning finish.

“I wasn’t thinking - I was focusing,” Cutlip said. “I was focused on how I was holding my bow and focusing on my release. I could hear some people in the crowd talking, and that white noise helps me focus. There was no pressure.”

“I was proud,” he added. “I placed fifth, and that made me Park’s highest placing archer so far. It was a good feeling.”

Cutlip said he is excited for the national event, and he likes his chances of placing at that competition as well.

Cutlip said he considers archery to be a passion of his. He became interested in the sport after watching it broadcast during the Olympics. As an eighth grader at Triadelphia Middle School, Cutlip’s grandmother made him of aware of the Ohio County Archery program, and he was soon competing in its events.

“I did well my first year,” he said. “I qualified for states, but it got canceled (due to COVID-19). I was pretty disappointed because I wanted to place (at the state-level) in my first year… I would consider it a passion. I practice at least two or three times a week for an hour or more, and I enjoy hanging out with my teammates.”

Cutlip said he finds the sport of archery to be quite rewarding. For him, there is a specific moment, when the center of the target is full of arrows he’s launched, to be especially fulfilling.

“I enjoy the satisfaction of getting a tight grouping,” Cutlip said. “That shows me the progress and how well I’m shooting.”

Cutlip said he looks forward to competing for the next two years as an archer at Wheeling Park. He said he hopes to be successful enough to earn a college scholarship. He is considering careers in engineering and carpentry or possibly a career as a translator.

“I like French and Dutch,” Cutlip said. “Those are my two favorite languages. I like the idea of learning. Hopefully, I’ll get a scholarship for archery if any colleges offer them. I haven’t looked seriously at colleges yet, but I will be looking at WVU and West Liberty.

“I still have two years at Park,” he added. “I really like the engineering and foreign language teachers. They are super friendly and helpful. They are people you can go to.”