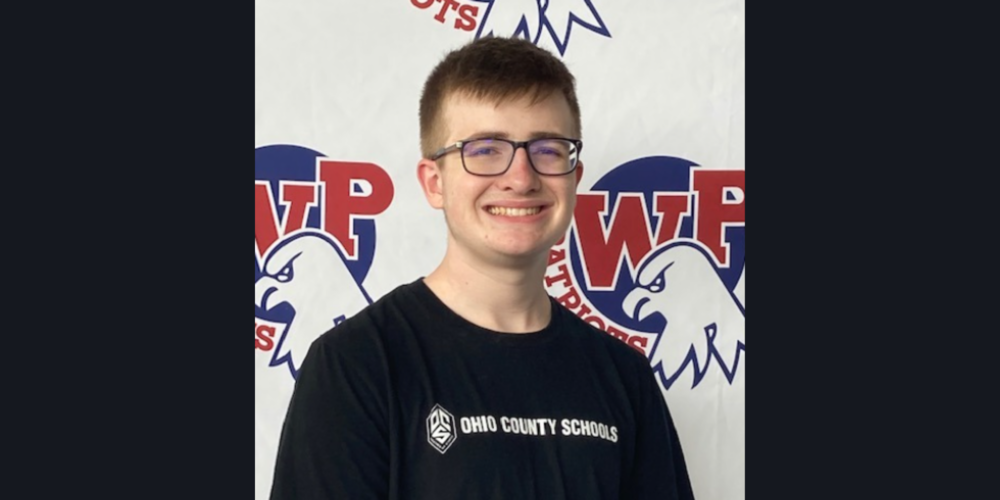 Congratulations to Wheeling Park senior Charlie Ihlenfeld on being named a semifinalist for the U.S. Presidential Scholars Program.

Ihlenfeld was one of only nine Mountain State students selected for the distinction. He was chosen based on his work in Park’s Broadcast Technology Program which is part of the Career Technical Education Department. Ihlenfeld said he was thrilled to be named as Presidential Scholar semifinalist, and he believes he has a chance to be named as a finalist or even a winner. He credits the CTE opportunities made available to him at Park for his achievement.

“It’s a huge honor,” Ihlenfeld said. “I’m proud to represent Wheeling Park and the CTE department. It’s a place I call home, and it has facilitated my skills as a broadcast journalist. I’m very grateful to have this opportunity.”

The U.S. Presidential Scholars Program was established in 1964, by executive order of the President, to recognize and honor some of the nation's most distinguished graduating high school seniors. In 1979, the program was extended to recognize students who demonstrate exceptional talent in the visual, creative and performing arts. In 2015, the program was again extended to recognize students who demonstrate ability and accomplishment in career and technical education (CTE) fields. Each year, up to 161 students are named as Presidential Scholars, one of the nation's highest honors for high school students.