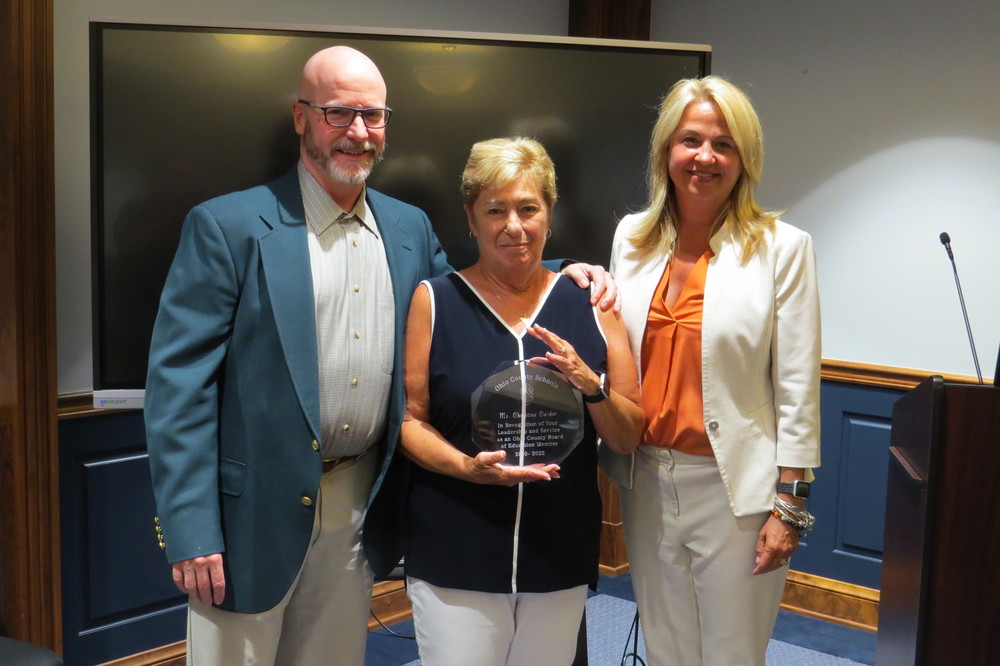 Board Member Christine Carder has Done it All

Superintendent Kimberly Miller and the Ohio County Board of Education lauded board member Christine Carder for her years of dedicated service the board, the school system and its students Monday evening.

Miller surprised Carder during Monday’s regular board meeting by presenting her with a plaque in recognition of her 12 years as a member of the Ohio County Board of Education. Carder, who will serve in her last meeting as a board member on June 22, has been a teacher, a principal and board of education member of over the course of more than four decades in the school system.

“Ms. Christine Carder is an educator who has truly done it all,” Miller said. “Thank you very much for all you have done for Ohio County Schools.”

Carder began her career in 1973 as a teacher at Woodsdale Jr. High, which later became Triadelphia Jr. High, where she served until 1987.

She returned to Ohio County Schools the following year as the vocational director and assistant principal at Wheeling Park High School and served in that capacity until 1999.

She became the principal of Wheeling Park High School in 2005 and served in that post until her retirement in 2008.

Ms. Carder was elected to the Ohio County Board of Education in 2010, and she served Monday in her next to last meeting as a board of education member.