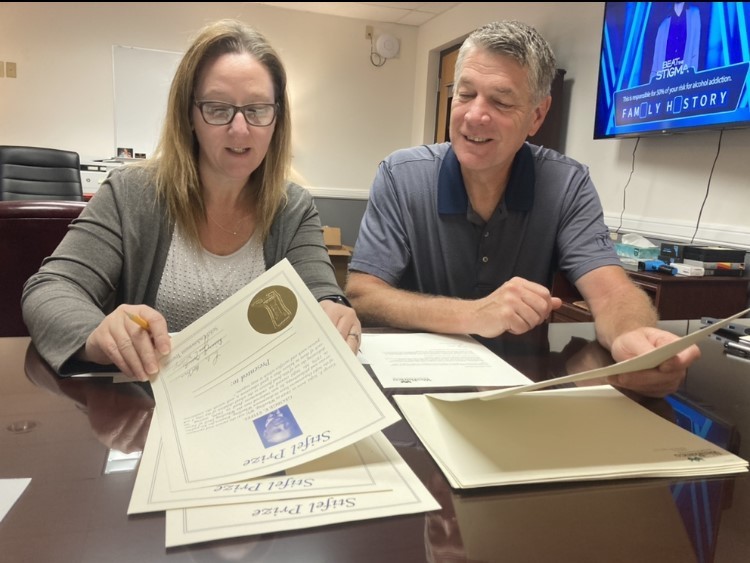 A total of $202,880 was awarded to 219 deserving students as part of the 2022 Stifel Awards, and the prizes were recently mailed to students. Stifel Trustees Diane Crowl, Paula McClure and Joan Stamp said there will be no Stifel Awards ceremony this year, but they expect the ceremony to return in the future.

WesBanco of Wheeling is the administrator of the Stifel Trust Fund, and Stamp thanked WesBanco CFA Steve Kellas for overseeing the trust. She also thanked Ohio County Schools Federal Programs Director Walt Saunders for his work in recognizing the students.

“The fund has grown over the years, and we are fortune to increase the prize money this year,” Stamp said. “It’s a reward for hard work. In addition to being able to increase the prize, we also underwrite the summer strings program and robotics. It’s been really fun to see the kids become so engaged.”

Saunders thanked the Stifel trustees for again rewarding and recognizing deserving students. He said a unique aspect of the Stifel Awards is that students are not often awarded monetarily for classroom achievements. Saunders said the award and the cash prizes are greatly appreciated by the recipients and their families.

The Stifel prizes are named in honor of the late George E. Stifel who endowed a trust for encouragement of education in public schools. The Stifel Awards are given for academic achievement in the classroom and on standardized achievement tests. A student must have a grade-point average of 3.5 or better, must be a resident of Ohio County and must be a United States citizen to be eligible.

George E. Stifel was born in Wheeling in 1849. He was the owner and operator of the Stifel Department Store in downtown Wheeling. He was known for his public service and philanthropy, and he was inducted into the Wheeling Hall of Fame in 1979. In 1926, Stifel created an endowment dedicated to forever fund the children of his city. He hoped the students would believe that a good education was “well worth the ambition, patient work and sacrifice which it may require.”