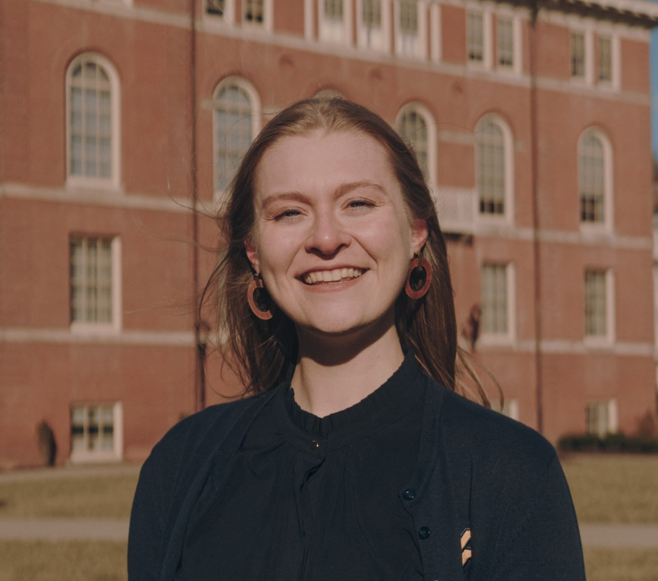 Park Grad Jillian Blair is Working to Protect the Environment

Blair graduated in 2020 from Wheeling Park High School where she was an honor student and a West Virginia University Foundation Scholar. WVU President Gordon Gee recently spoke of her as he discussed excellent Wheeling Park students who moved on to become Mountaineers.

Blair is entering her junior year at WVU where she is majoring in Environment and Energy Resources Management. Blair is pursuing a double minor in Sustainable Design and Geology. Blair said she chose the program at WVU because of the independent nature of the major which  allows her to study resource economics, agribusiness and sustainable sciences.

“I knew I would get a perspective here in West Virginia that I would never get anywhere else - the ecological and social interaction between a community dependent on a finite natural resource while also being surrounded by seemingly endless nature,” Blair said.

Blair plans to pursue a master’s degree in sustainable urban development and infrastructure. She is currently involved in a summer internship outside of Philadelphia with CRC Industries. Blair is the company’s Sustainability and ESG Intern, and she gathers emissions data with their international branches while also devising potential initiatives to increase sustainability in operations. She hopes to study abroad, and she believes her journey will help her determine the career path she will follow.

“I want to get the most immersive and holistic experience and meet the rather niche professionals in this field,” Blair said. “My professional career is very dependent on the experiences I have while studying and the opportunities I’m exposed to. Personally, I quite like having a field I’m extremely passionate about, but I don’t have an absolute end goal. I think it gives me both assurance and freedom.”

Blair is very active on campus at WVU. She is an Honors College ambassador, Presidential Student ambassador, a senator in Student Government for the Davis College and vice president of the WVU Sierra Club, which deals with environmental policy and awareness.