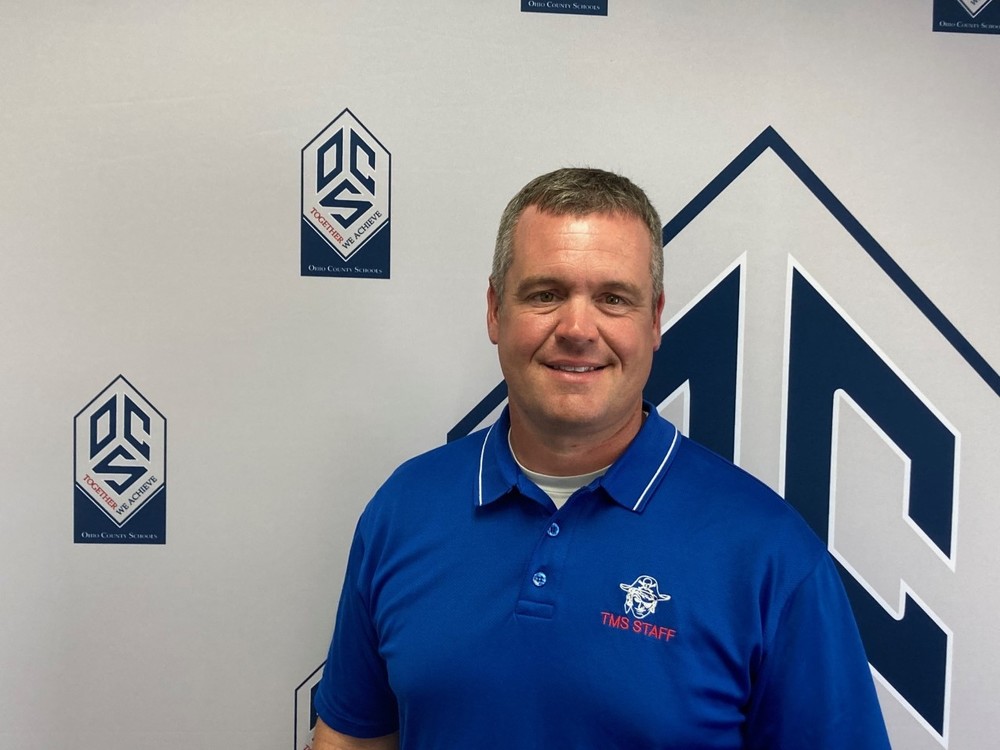 Seals is Ready to Lead at Triadelphia Middle School

Triadelphia Middle School is under new leadership beginning this school year, but that leader is quite familiar to the students and staff members.

Andy Seals, a longtime teacher at Triadelphia, was named as the school’s principal at the May 23 regular meeting of the Ohio County Board of Education. Seals is taking over for former principal Ann Coleman, who retired after 40 years of service in Ohio County Schools.

Seals began his teaching career in Ohio County Schools in 2004 as a special education teacher at Triadelphia. He then taught special education at Wheeling Park High School during the 2004-2005 school year, but he returned to TMS the next year as a physical education and health teacher. Seals said he is thrilled to be starting a new chapter.

“I’m really excited,” Seals said. “I’ve been here for a long time and I’m excited to take on this new role. It’s going to be interesting, and I think I’m going to use my experience while gaining a new perspective. Triadelphia is an outstanding school that offers topnotch academic, arts and extracurricular experiences to its students. Staff and students really feel like they’re a part of a community. We’re going to get students excited about their time here at TMS.”

Seals attended Triadelphia Middle School and graduated from Wheeling Park High School in 1998. He then graduated from West Liberty University in 2003 with bachelor's degrees in Physical and Health Education as well as Special Education. Seals’ wife, Carly, has been an English/Language Arts teacher at Wheeling Park for 19 years, and their son, AJ, is entering his sophomore year as a Patriot. Their son, Brennan, will be a fifth grader at Steenrod Elementary School.

“I love Ohio County Schools, and I loved my time and experiences at Wheeling Park High School,” Seals said. “I received an excellent public education. Students can pursue any dream they have, whether it’s fine and performing arts, career and technical education or higher education. Students have access to outstanding athletics and extracurricular activities. There is access to nearly anything a student could want.”

Seals said he is impressed with the recent improvements to Triadelphia Middle School, including upgrades such as the new cafeteria, makerspace, a simulated workspace area, and a number of other improvements. Drone photos taken from outside the school show how expansive and impressive the improvements are. Seals said he even got one of the drone photos printed and framed for his office.

“I’ve been here a long time, and it’s been so amazing to see all of the changes that have taken place,” he said.