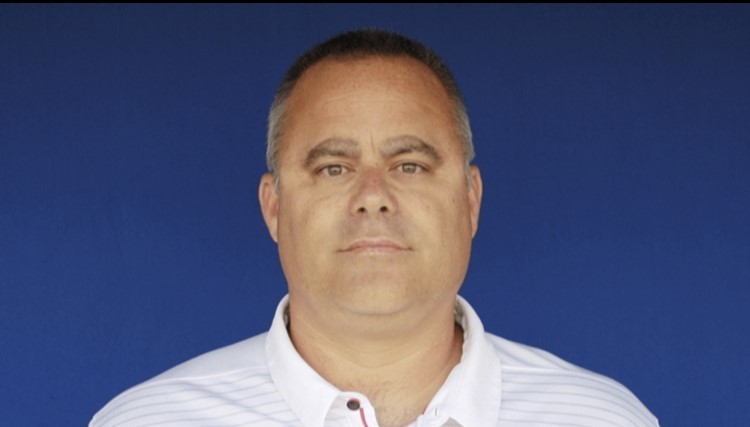 Wheeling Park's Chris Daugherty is Grateful for His Teachers and Coaches

Ohio County Schools means a lot to Wheeling Park High School head football coach Chris Daugherty because his teachers helped him through a difficult time in his childhood.

Daugherty graduated from Wheeling Park High School in 1990, and he also attended Woodsdale Elementary School and Triadelphia Middle School. His parents were going through a divorce as he was transitioning from Woodsdale to TMS, and he is now grateful for the staff members at those schools for being there for him. He said the way in which he was treated by those educators inspired him to pursue a career in education himself.

“The people at Woodsdale took care of me,” Daugherty said. “They loved me when I needed that. It was the same at Triadelphia, and that’s where I found my passion for athletics. Ohio County Schools took care of me and molded me. That’s what made me understand what I wanted to do with my life.”

Athletics appealed to Daugherty at an important time in his life. He said his coaches at Triadelphia and then at Wheeling Park became role models to him.

“They turned me around when I was going in the wrong direction,” Daugherty said. “I needed direction, and sports did that for me. Because of the way they helped me, I wanted to do that for other kids. I had a lot of different kinds of coaches. Some were stern, and some were fun and jovial. None of them had everything, but they all had something that made me respect them. They all gave me something. That’s what created my desire to coach.”

Daugherty has done a lot of coaching. He is entering his 14th year as Park’s head football coach, and he guided the team to a state championship in 2015. Daugherty has been a member of the Patriot coaching staff for nearly three decades. He has also coached girls and boys track and basketball at the middle and high school levels. He is also beginning has first year as Wheeling Park’s athletic director.

“I enjoy all the sports, and I have a passion for Wheeling Park,” Daugherty said. “I think we are blessed and lucky to have the opportunities and facilities that we have here. I have a lot of pride in it. If I didn’t, I wouldn’t do it. I’m excited about (becoming the athletic director) because I have the opportunity to support all of the programs.”

Daughtery graduated from West Liberty University in 1995 with bachelor’s degrees in physical education and special education. He went on to earn a master’s degree in behavioral management from West Virginia University.

Daugherty was a teacher at Madison Elementary School and Triadelphia Middle School before becoming a teacher at Wheeling Park. His wife, Jenna, is a teacher at Steenrod Elementary School. His oldest daughter Josie, graduated from Park in 2017, and she is now pursuing an education degree from West Liberty University. She is doing her student teaching, and she is a member of the Wheeling Park girls basketball coaching staff. His daughter, Natalie, will be a junior at Park while his daughter, Dani, is entering her sophomore year as a Patriot.

Daughtery said he and his wife are both grateful for Ohio County Schools, and they are proud to be a part of the school system. He said their children are receiving an excellent education.

“We wanted to give back, and Ohio County Schools has been a blessing for us,” Daugherty said. “It has allowed us to live out our passion. It allowed me to be what I always wanted to be – a dad and a coach.”